We would like to offer our sincere support to anyone coping with grief. Enter your email below for our complimentary daily grief messages. Messages run for up to one year and you can stop at any time. Your email will not be used for any other purpose.

Share a memory
Obituary & Services
Tribute Wall
Read more about the life story of Stephen and share your memory.

Stephen Woodside Quickel passed away on Wednesday, December 7th, 2022. He was 85.

Steve was born and raised in Camp Hill, PA. His early years were spent playing with his younger brother, Ken, romping through the neighborhood with his group of pals, and playing big brother to sister Carol who was ten years his junior. Steve loved to play basketball and golf. He spent his summers at Camp Red Cloud in upstate New York, and
in later years, as a lifeguard at the community swimming pool.

Steve attended Dartmouth College, where he earned both a bachelor’s degree (‘58) and an MBA from Tuck Business School (‘59). Upon graduation, he married his high school sweetheart, Irene Adcock, then joined the Navy as part of the NROTC program. He was deployed as the supply officer for the USS Lowe, a radar picket destroyer based in San Francisco, and was honorably discharged after two years of service.

In 1962, Steve’s career in journalism began at Forbes magazine, where he rose from staff writer to senior editor over a fifteen-year span. While writing and editing thousands of stories for Forbes, he acquired knowledge and experience that helped him later segue into an investment-advisory career that included a stock-picking newsletter called US Investment Report, and later a successful hedge fund that invested in a portfolio of stocks recommended in USIR. Steve continued to publish USIR for 33 years, until 2017.

Steve and Irene were divorced in 1973. He relocated from Chatham, New Jersey to Manhattan, where he lived for the next thirty years. Within that time he married Harriet Miller (1978). They separated in 1996.

Steve was proud of his family. His children have fond memories of canoeing with him in the Adirondacks, and hiking in California’s Sierra Nevada mountains and on the Appalachian Trail. His son, Stephen J., attended Dartmouth College and graduated in 1982. He eventually became a technology executive for a Philadelphia-based investment firm. His daughter, Jenny, graduated from Rhode Island School of Design in 1985. She taught art at The Haverford School for 25 years and is now a full-time artist.

Steve had four grandchildren; Kori, Sarah, Sage and Stephen V. He enjoyed visiting with them each summer at White Pine Camp in the northern Adirondacks where the family relished an annual week of outdoor fun. This happy gathering also included his partner of many years, Mary Ann Reeser, and her extended family.

Steve spent the final years of his life at the Lima Estates retirement community in Media, PA., where family was always close by. He loved historical non-fiction, Ogden Nash poems, reciting Edgar Allen Poe, listening to music, and watching classic movies. Steve was in the process of writing a book designed to educate and inform the “future voters of America”. He happily anticipated time spent with the “Lima Beans”; a group of friends who would meet for social lunches. He took part in music and history-themed clubs. Steve competed, and often placed, in the Lima annual putting competition.

Funeral arrangements are private, and will be limited to the family.

To send flowers to the family or plant a tree in memory of Stephen W. Quickel, please visit our floral store. 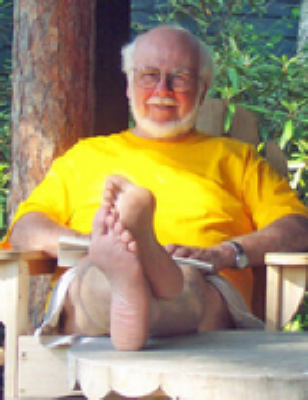 Look inside to read what others
have shared
Family and friends are coming together online to create a special keepsake. Every memory left on the online obituary will be automatically included in the book.

Look inside to read what others have shared

Family and friends are coming together online to create a special keepsake. Every memory left on the online obituary will be automatically included in the book.

You can still show your support by sending flowers directly to the family, or by planting a memorial tree in the memory of Stephen W. Quickel
SHARE OBITUARY
© 2023 Suburban Cremation Service. All Rights Reserved. Funeral Home website by CFS & TA | Terms of Use | Privacy Policy | Accessibility